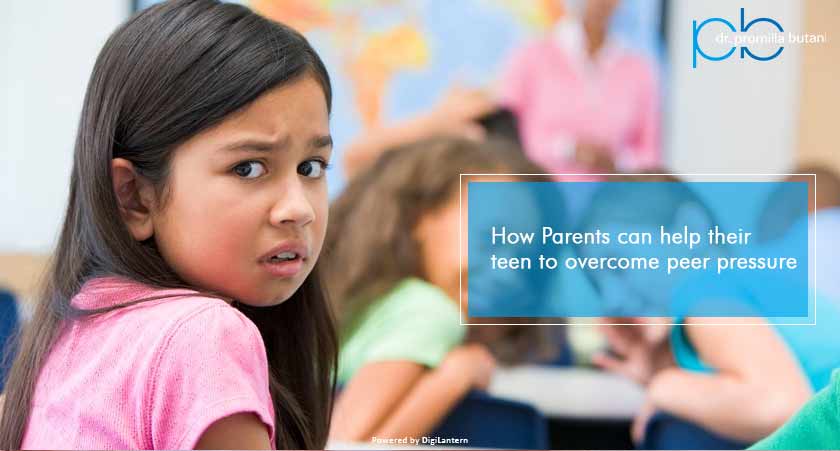 “You should not play with that guy. That’s not good for you.” “But, mom! He is my best friend.” A very normal conversation heard often in a family of teens. Parents trying to refrain the child from bad social circles and the teen is refusing to accept that.

Being a parent is a true blessing, but it comes with great responsibilities. This is because when your kids become teens, they are trying their level best to make their own identity and refuse to listen blindly to your say. It is the story of every household. If dealt with wisely, teens could be helped abundantly in dealing with peer pressure.

Communication is an excellent helping tool

Doing frequent and casual chit chat with your teens not only makes them friendly with you, but it also creates a room for openness in your relationship with them. If they trust you and feel comfortable in your contact, they will share every positive and negative incident of their life, thereby giving you better control over their lives and behavior. However, it’s not about controlling them because the stricter you’re the lesser they’ll prefer discussing their life with you. When you know their routine, friends and social acquaintances, you will get to know the positive or negative peer pressure and handle it accordingly.

Introduce them to the definition and consequences of peer pressure

Let them know what peer pressure exactly is and what can be the consequences. They should know that if they’re doing something they don’t want to only because a friend suggests or does so – it is a clear example of peer pressure. Sometimes, it could be their strong urge only to copy their class-fellows and friends in order to feel comfortable with them. Copying them is not always a bad thing but, they must develop the ability to mark the difference between the good and the bad.

Keep yourself calm at their mistake

Despite keeping an eye all the time, scanning their routine and friends, they might commit mistakes sometimes. However, You should never ever loose your calm as that would only worsen the situation. Rather than reacting harshly, talk softly to them and tell them about what would/could go wrong due to their bad choice. Let them feel that you are always there with them, however instruct them very strictly for not repeating the same in future.

Teach them to say NO when required

Saying no can be situational, but explain very clearly to your teen that it is as important as saying yes. Their friends and peers could force them sometimes to do some wrong things. But, if you have had a conversation with them already, it might be easier for them to take control of the situation and say no if they do not agree. Help them understand clearly that they should not be afraid to lose their friendship as real and good friends would never force them to do bad things or simply anything that they don’t want to do.

Draw a neat boundary of expectations for them

Let them know your family culture and values very clearly and discuss it often among the family members. This will sketch an invisible boundary of what are the expectations and desires for their family and would prohibit them to cross this boundary when they face peer pressure.

After all, it’s not about cutting their wings to fly, but guiding them with right direction of the flight. Dr. Promilla Butani is a well known and experienced pediatrician who can guide you about how parents can easily communicate with their children.